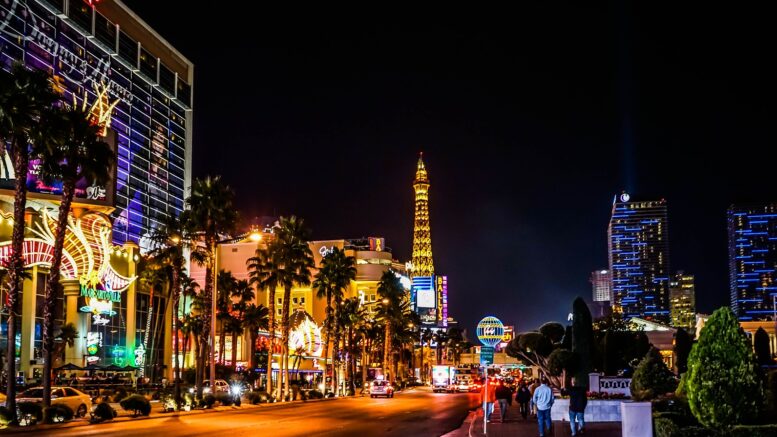 When you visit any casino today, the first thing you see is rows of beautiful slot machines. They have inviting soundtracks, colorful graphics and legions of fans who sit in front of them for hours.

Surprisingly, many of the people who play slots rarely break even. They might win once in a while. But the real winners are seated in executive chairs at the casino back offices. Essentially, slots are like the new mob in Vegas. But how true is this accusation?

The Mob’s Influence in Vegas

Casinos began to appear in Las Vegas in the early 1900ss. The Golden Gate Hotel and Casino, launched in 1905, is believed to be the first casino in the desert. Over time, more establishments opened up, turning a small railway town into a city.

The mob gained interest in running casinos in the 1910s. In 1946, mobster Bugsy Siegel, together with his friend Meyer Lansky, launched the Flamingo Casino. Bugsy died a year later but his influence in Vegas lived on.

In the 1950s and the 1960s, the mob took full control of Vegas casinos, building new establishments, harassing civilians and running their crimes through casinos. Although the mob ruled Vegas through threats, murders and harassment, they helped shape up the city into a tourist haven.

Casinos like the Tropicana, Circus Circus, The Sands, Stardust, Riviera and the Dunes were all erected with money financed by the mob. Over time, the federal government intensified its fight against the mob, though. And gangsters stopped building casinos in favor of another crime:

If they didn’t have control of a casino, the mob would lend money to owners, managers and gamblers at painfully high interest rates. Failure to pay attracted bigger fines, physical assault, threats or even death.

Because of the dire consequences of not paying up loans, Nevada dwellers stopped taking loans from the mob. But that didn’t put an end to crime in Vegas. Instead, gangsters turned to other notorieties—burglaries, racketeering and skimming money.

According to a history professor at the College of Southern Nevada, Michael Greene, crime will likely never end in Vegas as long as casinos exist. Indeed, Las Vegas police are constantly warning people of new crimes in the city.

The mob might not be around anymore. But there are lots of criminals that operate to cheat at casino games. Some of them specialize in credit card fraud. Others are more adept to cybercrimes while others dedicate their craft to helping players cheat.

Las Vegas is known as sin city for a reason, after all. It’s a city built on a foundation of crime. To date, people mainly make money through vices that are illegal in most cities and countries around the world.

The Mob’s Inspiration on Slots

Slots, poker, blackjack, craps and Keno won’t kill you, at least not riddle you with bullets like the mob did.  They can bankrupt you for sure. But if you’re careful, though, you don’t have to fear slots. Here’s why.

Governments around the world have ramped up casino regulation immensely since the days the mob ruled Las Vegas. In Nevada, every casino owner these days is vetted to ensure only crime-free investors operate casinos.

On the Internet, every casino worth your attention holds a license from a trusted regulator. What’s more, the sites are required to secure their websites and give you tools to keep your account and money safe.

When you join an online casino to play crime themed slots, for example, you’re assured of having a delightful time safely. All you need is to research around to ensure you end up at a trusted and reputable casino.

The mob lives on through slots inspired by them—Sticky Bandits, Cash Vandal, Tombstone and El Paso Gunfight. However, these games are in no way owned or developed with the help of outlaws.

Regulators like Nevada, New Jersey and the UK audit casino games independently to ensure they are fair. They also put laws to protect players against developers with games that favor casinos too much.

Officially known as the house edge, every casino game has a built-in advantage. Games are designed to help casinos make profits in the long run. But as a player, your goal is to find games with the lowest house advantage. So, look for slots with high payout rates to strengthen your chances of winning.

There’s no doubt Las Vegas is home to the most prestigious casinos in the world. However, casinos have been cropping up around the world in droves in the past 50 years. If you don’t want to leave your home to play slots, you have an even wider array of choices.

There are hundreds of casinos on the Internet. Some of them, like Dreamz.com, operate in multiple countries, from Finland to Canada. As we mentioned, the operators aren’t shell companies out to scam you.

They are safe and licensed. They have fair games and data protection tools that keep you safe while playing their games. Speaking of which, modern casino games are mobile-optimized. You don’t need a desktop computer to play blackjack and poker if you already own an iPhone or Samsung phone.

Although authorities have been working hard to root out crime in Las Vegas, they have never really eliminated it. The mob-built Vegas through crime in the last century. But after their rule was ended, new sophisticated criminals stepped in.

Criminals stopped intimidating and killing players. Instead, they began to steal credit cards and to cheat games. Luckily, these new-age crimes have also been minimized. And due to that, you can play casino gams safely in Las Vegas and online. The only caveat is that you must perform due diligence to ensure you play at licensed, and reputable sites.