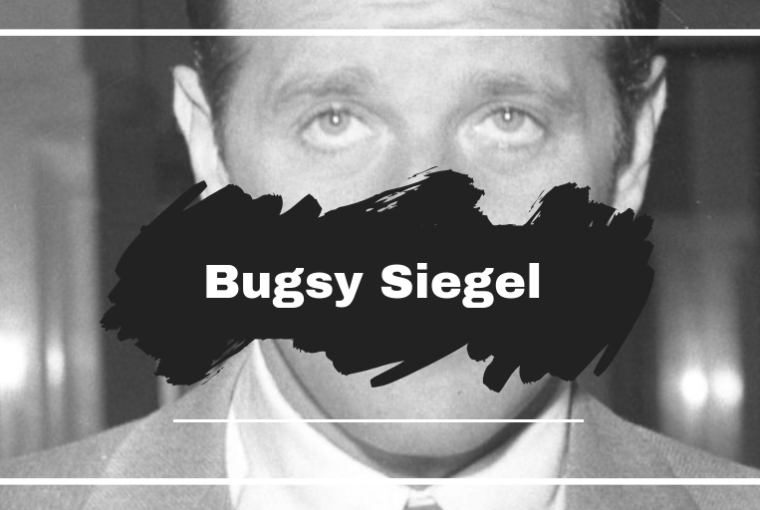 Bugsy Siegel was born Benjamin Siegel, on February 28, 1906, in Brooklyn, New York. Siegel was known as one of the most “infamous and feared gangsters of his day”.

He was handsome and charismatic, he became one of the first front-page-celebrity gangsters and a huge driving force behind the development of the Las Vegas Strip, Siegel criminal record was staggering, it included armed robbery, rape and murder dating back to his teenage years

Siegel befriended fellow mobster Meyer Lansky, with whom he established the Bugs-Meyer Gang, a band of ruthless Jewish mobsters that ran a group of contract killers under the name Murder, Inc.
During the 1920s, Mafia kingpin Charles “Lucky” Luciano and a number of other Italian gangsters organized themselves into a national syndicate. Nicknamed Bugsy for his volatile nature, he became a prominent player in this newly established group of criminals. Their main goal was to kill off many of New York’s veteran gangsters, Siegel was one of four hit men hired to execute Sicilian mobster Joe “the Boss” Masseria in 1931.

In 1937, Siegel relocated to California and took his bootlegging and gambling with him, he set up gambling dens and offshore gambling ships, He maintained an extravagant lifestyle in Beverly Hills, where he bought a palatial estate, frequented parties and rubbed elbows with the Hollywood elite.

Siegel began dating actress Virginia Hill in the late 1930s. They were a striking couple known as much for their violent natures and glamorous looks. In 1945, the two moved to Las Vegas, where Siegel began working toward his dream of building a gambling mecca in the Nevada desert construction of the Flamingo Hotel and Casino budgeted at $1. million began closely supervised by Siegel, however the construction costs soared to more than $6 million and when Lansky discovered that it was due to Siegel’s lack of management and theft he was incensed by the betrayal. 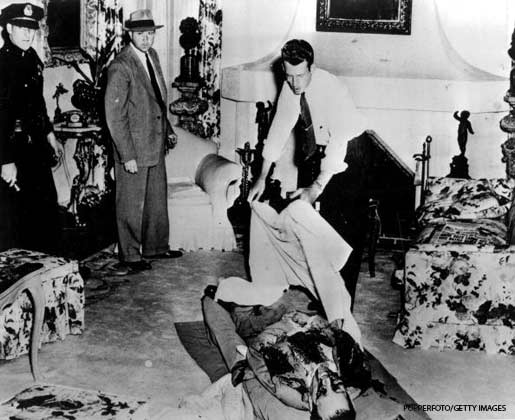 On the night of June 20, 1947, as Siegel sat with his associate Allen Smiley in Virginia Hills Beverly Hills home reading the LA Times, an assailant fired at him through the window, hitting him many times, including twice in the head.

See just what happened to Bugsy (In Photos) here

At the same time as Siegel’s death three of Lansky’s cohorts entered the Flamingo Hotel and declared a takeover. Although Lansky denied involvement in the hit, there is little doubt that Siegel was murdered on syndicate orders. No one was charged with the murder, and the crime remains officially unsolved.

John Dillinger: Born On This Day in 1903