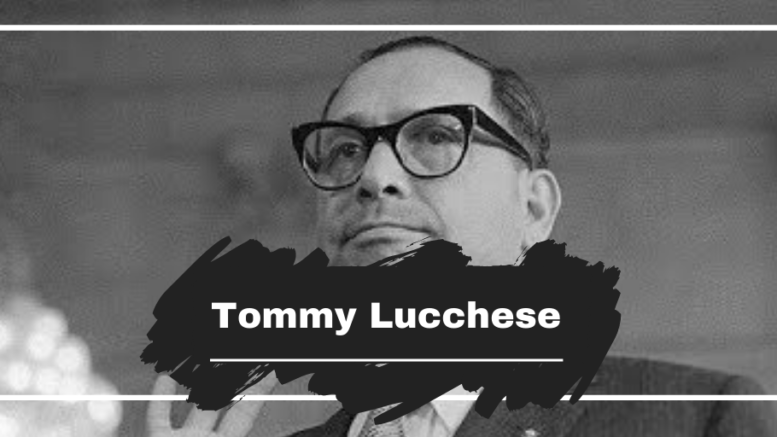 Lucchese is possibly one of the most notorious bosses of New York City within the 10th century, He was born Gaetano Lucchese on December 1, 1899, in Palermo, Sicily.

When Lucchese was 11, his family immigrated to the US, settling in East Harlem, his father provided for the family by working as a hauler for concrete. It wasn’t long before Lucchese was involving himself with street gangs, his first gang he ran with was called the 107th street gang leg by the infamous Lucky Luciano, his parents were unimpressed pressuring him to find honest work and not to get caught up in the crime side of the city, he did working in a machine shop, here he encountered a terrible accident resulting in the loss of his thumb and index finger on his right hand.

This was enough for Lucchese to leave work and return to a life of crime, he started up a window washing company, of course it was nothing more than an extortion racket.

In 1921, Lucchese was arrested for stealing a car. He was nicknamed “Three Finger Brown” by one of the police officers because of his damaged right hand, Lucchese was found guilty, he was sent to Sing Sing correctional facility in New York, this was his first and only conviction.

In the 1920s Lucchese and Luciano soon attracted the attention of mob boss Joe the Boss Masseria. It was soon established that Lucchese was not one to mess around brutalizing and killing those who got on the wrong side of the mob. Luciano is known to have said that Lucchese was without a doubt his favourite hitman.

Lucchese and Luciano proved to be master schemers during the Castellammarese War between rival crime bosses Giuseppe Masseria and Salvatore Maranzano. Masseria and Maranzano were battling each other for total control of New York. Roughly 100 mobsters died in this lethal power struggle.

On April 13, 1931, Masseria was killed in a restaurant in Coney Island. The War was over, and Salvatore Maranzano set up a new network of crime families in New York City with himself as top boss. However, on September 10, 1931, Maranzano was murdered in his office. Lucchese had been in on this assassination with Luciano. He was the one that tipped off the gunmen as which man was Marazano. Luciano improved the structure of organized crime.

Lucchese became the under boss of the Gagliano crime family headed by Gaetano Gagliano.

In 1953, after serving 22 years as a loyal under boss to Gagliano, Lucchese became boss of the Lucchese crime family. Under his leadership, the Lucchese syndicate expanded their business holdings to include garment businesses, trucking companies, and trade associations, friendly with stars Jimmy Durante, Frank Sinatra and Dean Martin to name a few. He was popular and well respected among his men, but was also capable of ruthless violence. Lucchese was alleged to have been involved in at least 30 murders.

In August 1965, Lucchese was admitted to Columbia-Presbyterian Medical Center with a brain tumour and heart ailment.

He died on July 13, 1967, at his home in Lido Beach, Long Island. His funeral was attended by over 1,000 mourners including politicians, judges, policemen, racketeers, drug pushers, pimps, and hit men.