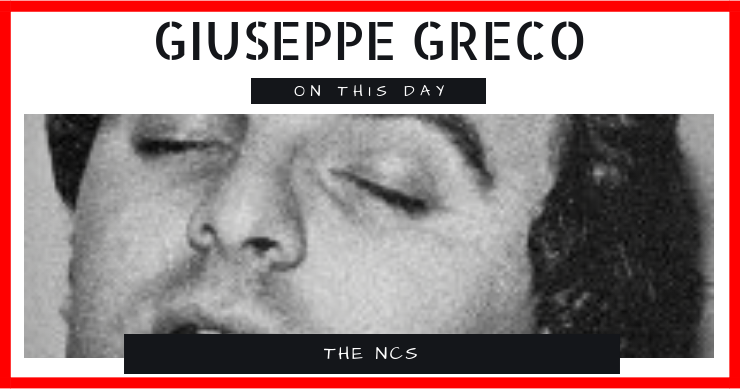 Greco was born January 4th 1952 in Ciaculli, a town in Palermo, he was born into a life a crime his father also a hitman called ‘Scarpa’. Giuseppe earned his own nickname ‘ Scarpuzzedda’ based upon his fathers, the nickname means ‘Little Shoe’ as his fathers was ‘Shoe’

Considered one of the most prolific killers in criminal History, killing between 55 to 300+ victims, his favorite method of killing was by a AK 47 assault rifle, he had his own squad of hitmen but they would rarely be called into action, they just helped dispose of the bodies.

During the second Mafia war, Greco murdered dozens of people, on one occasion, he brutally tortured a 15 year old boy, chopping off his arm before shooting him in the head.

In July 1981, Greco attempted to assassinate a man named Salvatore Contorno, but failed and was shot by him in the chest, though a bulletproof vest saved his life.

Greco helped many other criminals with their killings, one of these being Filippo Marchese the boss of the Corso de Mille neighborhood. He would bring his victims to a room nicknamed ‘The Room Of Death‘ where Greco would torture and kill his victims, Greco would participate within the killings for nothing other than for the thrill of it.

November 1932, Greco and Marchese invited another member of the Sicilian Mafia, Rosario Riccobono along with eight of his men to a barbecue, Riccobono was strangled by Greco and the eight men were massacred by Greco and Marchese’s men. Soon after these killings, Greco proceeded to murder Riccobono’s family and men, simply because he was not useful enough for the mafia anymore. Unfortunately for Marchese, he was to be the next victim of Greco, due to the orders of Riina an ally of Greco’s mafia.

Considering Greco was only an underboss, Greco continued to murder victims by himself without the assistance of others, and in July 1983 Greco detonated a car bomb on that killed Rocco Chinnici and three other people.

After the second Mafia war, Greco’s uncle went into hiding allowing Greco to become the actual boss of the Mafia.

In August 6, 1985, Greco and his hit-squad ambushed and shot a police investigator by the name of Antonino Cassarà. The attack resulted not only in the assassination of Cassarà himself, but one of his bodyguards as well; another bodyguard was severely injured but survived the attack

In September 1985 Riina ordered the death of Greco himself, and the hitman/serial killer was murdered in his own home by two fellow hitmen.

Shortly after his death, Riina explained why he killed Greco to one of Greco’s close friends: