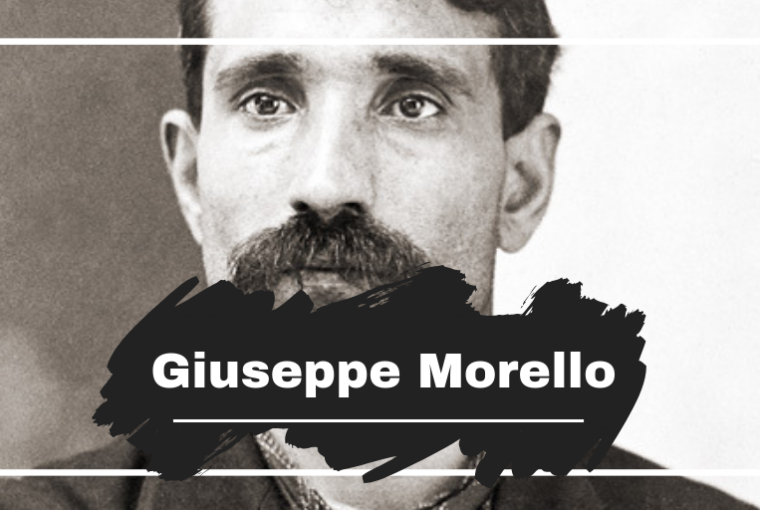 In September 1894 he was found guilty whilst not present and sentenced to 6 years and 45 days in prison. He never returned to Italy again.

Six months after arriving in New York, Morello’s family arrived including his mother, step father, and siblings. Morello founded the 107th St mob in New York at the time of his departure to Louisiana it was only a small time gang that dabbled in racketeering, and minor loans-harking. In Louisiana the family worked for a short time planting sugar cane before moving to Texas to work as cotton pickers. They worked for almost four years before malaria forced them to move back to New York.

On his return he took back the 107th St Mob gang, On June 11th. 1900, Morello and another member of the gang were arrested and accused of selling counterfeit money. Their arrests were the result of a Secret Service investigation where they tracked $5 bills that were being passed to retailers in Brooklyn. Morello was believed to be one of the originators of the bills. However, without a clear connection to the bills, Morello was released, still The Secret Service were determined to bring him down, they continued to track him hoping he would slip up.

In 1902 Morello acquired a bar in Manhattan which became the official meeting place for the gang. Morello launched his empire from the bar employing several enforcers whose sole job was to kill anyone Morello requested. Within a ten year period his chief enforcer Ignazio Lupo, is thought to have murdered sixty people on Morello’s orders.

Morello, Boss of all Bosses

By 1905 Morello had built the largest Italian American mafia in the United States. He was recognized as the boss of bosses by all other rival gangs, all the time The Secret Service were watching and in 1909 he was arrested at his home they searched his home and uncovered six letters, four found in his child’s diaper, and two where confiscated when he tried to pass them to his son standing nearby. There was no getting away from this, he and Ignazio Lupo, were sentenced to a total of 25 years hard labor, within one year of his incarceration Morello lost the position of boss of bosses, yet Morello’s sentence was reduced to 15 years, it was thought to be due to the fact Morello gave the prosecutor information on an unsolved police officers murder, however there is no evidence to collaborate that this is true.

With Morello imprisoned, his half brothers all took turns in running the family. In 1920 Morello was released from prison after serving 10 years of a 15 year sentence. After being out of touch for a decade he was in no position to try for the top spot. Instead he slipped back into building his reputation back up in hopes of taking back control from his half brother.

By this time former Morello crime family associate Giuseppe “Joe the Boss” Masseria had gained influence over several gangs and become a powerful force. In the 1920’s Morello was gaining strength, Masseria forcefully took over Morello’s operations in Manhattan and Masseria ally Salvatore D’Aquila took over in Brooklyn.

Although he hadn’t regained enough power to rally against Masseria and D’Aquila, he did have a following of loyal associates from his time as boss. Shortly after losing many of his operations, Morello hired Rocco Valenti to aid in his attempt at a comeback. However, twice Masseria was failed to be killed, so Valenti set up a truce meeting between Masseria and Morello. Several of Masseria men showed for the meeting, but neither Masseria or Morello showed. When Valenti tried to escape, he was shot dead by Masseria associate Lucky Luciano.

In August 1922, Morello aligned himself with Masseria as his adviser and Luciano as one of his caporegimes. With control of New York, Masseria and Morello had fierce competition in a powerful Brooklyn based gang led by Salvatore Maranzano and Joseph Bonanno. The feud turned into the Castellammarese war and lasted from 1929-1931 with Morello leading the conflict as “War Chief”, a position known today as Wartime Consigliere.

The First Victims of the Castellammarese War

On August 15, 1930 shortly after the war began, Morello and a Masseria associate Joseph Perriano were collecting cash from retailers in East Harlem when two men approached.

Perriano was shot first, and Morello who was wise in the way of the hit, made an attempt at escape. According to witnesses, he had no place to run and was gunned down on the street.