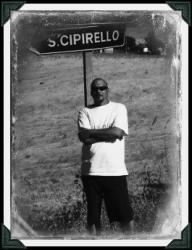 Ron Rawson, has held an interest in the Italian Mafia, for over 20 years. After moving to New Orleans in 2012, he decided to pay particular attention to the rich OC history that the Crescent City has to offer, and he began sharing his NOLA findings on his Crescent City Mafia, Murders and Mysteries, Facebook page last November.

“I’m always learning something new,” he says. “Often when I think I have the whole story down on a subject, some new bit of info will pop up and lead off into another interesting direction.”

Among the tales of pirates, voodoo priestesses, and vampires, New Orleans holds a long Mafia history. Most people will automatically think of Carlos Marcello, as the father of the New Orleans Mafia. Most people will also assume that the first Mafia family was in New York City. Even many locals don’t know that New Orleans has Mafia roots predating the Civil War, giving their wonderful city the distinction of being home to the first Mafia family in the United States.

So let’s explore the lesser known stories, facts, and even some OC fiction in a little space of the NCS Ron calls, the Crescent Corner.