Al “Scarface” Capone Most people associate Al Capone with Chicago, but in fact, Al Capone was born and bred, and got his start in the mob in the borough of Brooklyn, New York. Alphonse Gabriel Capone was born the fourth of nine children, on January 17, 1899, on Navy Street, in the section of Brooklyn now known as DUMBO (Down Under the Manhattan Bridge Overpass). Capone stayed in school until the 6th grade, when in a fit of rage, he beat up one of his teachers. A resulting trip to the principal’s office caused Capone to get beat up himself, and after licking his wounds, Capone left school for good.

Capone hooked up with a street mob called “The James Street Gang,” which was an offshoot of the powerful Five Points Gang in Lower Manhattan. “The James Street Gang” was run by the rough and ruthless Johnny Torrio, who became the teenaged Capone’s mentor for many years to come. Torrio, along with his partner Frankie Yale, hired Capone to be their chief bouncer at their bar/brothel in Brooklyn. It was there that Capone got his nickname “Scarface,” after his cheek was slashed by a hoodlum named Frank Galluccio, in a bar fight over a girl, whom Capone had insulted (apparently, the girl was Galluccio’s sister, and Capone had made a tasteless remark about her shapely figure).

Capone later told the press he had gotten his scar fighting for the “Lost Battalion” in France, during World War I. However, the truth was, Capone never served a day of military service in his entire life. In 1919, Torrio moved to Chicago to run the rackets of his uncle-through-marriage: Big Jim Colosimo. Capone was suspected of a few murders in Brooklyn, so in order to avoid the heat, Capone headed west to Chicago to aid Torrio in his takeover of the town. Their first order of business was to take out Colosimo, who was a hindrance to Torrio and Capone getting into the illegal booze business. Brooklyn pal Frankie Yale traveled to Chicago, and he took care of Colosimo, personally and permanently, with bullets.

With Colosimo out of the way, the Torrio/Capone duo attempted to organize Chicago into separate but equal fiefdoms, each with protection and exclusivity in their own territories. Irish mobster Dion O’Banion, the head of Chicago’s “North Side Gang,” told Torrio he wanted nothing to do with Torrio’s proposal, signing his death warrant in the process. Again, Frankie Yale was called into action, and O’Banion was shot to death by Yale and two associates in O’Banion’s florist shop, in November of 1924.

After Torrio was seriously wounded in an assassination attempt by O’Banion’s successor, Hymie Weiss, Torrio went into retirement at the age of 43, willing all his rackets to the 26-year-old Al Capone. Capone took Chicago by the throat, and he had over 1,000 experienced gunmen under his control. Even the Chicago police turned a blank eye to Capone’s murderous activities.

“I own Chicago, and I own the police.”

Add aldermen, mayors, legislators, governors, newspapermen, and congressmen to the list of people on Capone’s payroll. To deflect any possible heat from people not on his payroll, Capone widely limited his business endeavors to things that were popular with the people: booze, gambling, and prostitution.

Capone once boasted to his adoring press,

“I’m just an honest businessman who’s giving the public what they want.”

Capone was so popular with the common man, he was wildly cheered at Chicago Major League baseball games.

Capone’s downfall started on February 14, 1929, when he orchestrated the “Valentine’s Day Massacre.” While Capone was sunbathing in Miami, his shooters lined up seven men against a garage wall in Chicago. The killers machine-gunned the seven men to death, but they missed Capone’s main intended target and owner of the garage: George “Bugs” Moran. All of a sudden, Capone was no longer the people’s choice. Even the jaded citizens of Chicago were aghast at the savagery of the vicious murders. Despite the fact the government had no proof of Capone’s involvement in the “Valentine’s Day Massacre,” they plotted to put him in jail, any way they could. As a result, Capone was hit with 11 counts of income tax evasion, and in 1931, he was tried, convicted, and sentenced to 11 years in prison. In 1934, Capone was transferred to Alcatraz, a maximum security prison called “The Rock.” There, the effects of syphilis Capone had acquired in his brothel days in Brooklyn took control of his mind.

Capone was diagnosed with dementia, and when he was released in November 1939, Al Capone was a broken man, given to outbursts of rage, over anything: from the government, to the Communists, to his old foe “Bugs” Moran. Capone spent his last years flowing in and out of lucidity, and on January, 21, 1947, he died of a heart attack at his home in Miami Beach, Fla.

What Era of The Mob Would You Travel Back To? | MADE MEMBER CONTENT 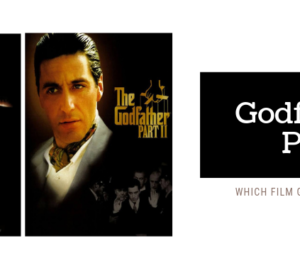 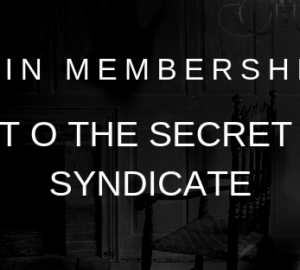