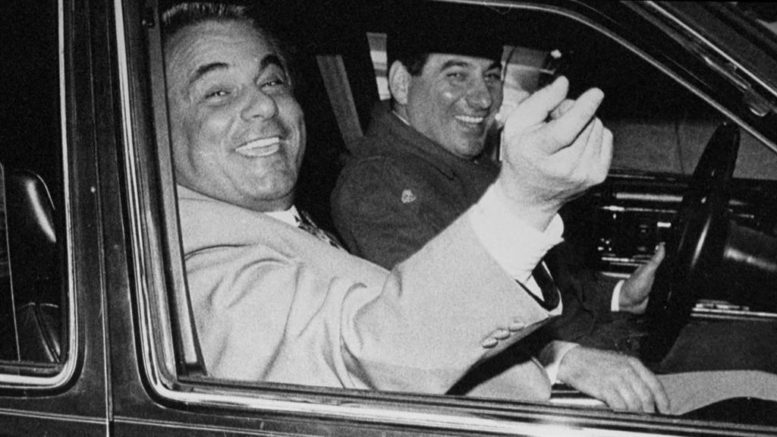 Jon Pernell Roberts, born John Riccobono was a former mafia soldier, smuggler and associate of the Medellín Cartel from 1975 to 1986. Having reputedly smuggled $2 billion worth of cocaine into America primarily via Miami during the 70s and 80s, Jon Roberts has truly lived up to his reputation as a “Cocaine Cowboy”.

After his operation was broken up by FBI agents, Roberts went on the run for several years before the law finally caught up with him in Florida. However, after being able to provide vital information that led to the incrimination of several key figures in the drug world, Roberts received a reduced sentence from the authorities.

In his book American Desperado, author Evan Wright describes Roberts as being both charming and friendly however he recalls feeling extremely uncomfortable when Roberts claimed to have fielded a call from active police officers with regards to the sale of some unmarked firearms.

Having led an interesting and undoubtedly violent life, Roberts passed away in 2011 after a long battle with colon cancer. In this article, we take a look into the life of a true American desperado.

Since his early years, Roberts was involved in a variety of crimes from extortion to robbery and even assault. However, at 18, his luck would run out during a botched kidnapping attempt when he was ambushed by members of the NYPD.

Thrown into the Manhattan Detention Complex also known as The Tombs, Roberts claimed to have been approached by Army recruitment officers who offered him a way out. In exchange for enlisting in the Army, Roberts would have his criminal record expunged thus allowing him to avoid facing a prison sentence for kidnapping.

It was the height of the Vietnam war and Roberts would be assigned to the Army’s 101st Airborne Division where he would remain for the remainder of his service.

During this time, Roberts claimed to have been involved in a variety of spec-ops style operations that ranged from assassinating Viet Cong officers in Cambodia to torturing captured enemy combatants amongst others.

After receiving a head injury as a result of friendly fire from an artillery strike, Roberts would be shipped back to the United States with a metal plate in his head. From here, he would go on to act as an enforcer for his uncles in the Gambino family.

Whilst there is no concrete proof of Roberts’s military service, if even a fraction of it were true, it’s clear that his military skills and experience would make him a formidable mafia soldier.

Born the son of Nat Riccobono a low-level street thug from Sicily and with uncles who were members of the Gambino family crime syndicate, Roberts’s path was as clear as day.

From a young age, the young Job Roberts would skip school to accompany his father and his bodyguard on a variety of errands.

Whether it was collecting debts to running illegal gambling rackets, Nat Riccobono had his hand in a variety of         shady business dealing. If you watched Peaky Blinders, you know how family businesses operated in the shadows to control the bookies.

Nowadays, luckily, the betting world is much more accessible, and you can bet on the NBA odds for example, with much more transparency.

Roberts claimed to have witnessed his father commit murder in broad daylight when he shot a man whose car was blocking the bridge. Eventually, Riccobono would be deported back to Sicily and the young Roberts was left with his mother and older sister.

Having remarried, Roberts’s mother would attempt to encourage her son to live a life on the straight and narrow, but her efforts were in vain and the young man would constantly clash with his stepfather.

Eventually Roberts would join up with his uncles in the Gambino crime family where he would become a mad man.

The New York party scene in the 1960s was a wild time with mobsters and celebrities regularly running into one another. As a soldier for the Gambino family, Roberts and a business partner were regularly on the prowl for new business opportunities.

One of their rackets involved them charging club owners extortionate fees for protection and threatening them with violence if they refused. Eventually the club owners would cave in to their demands and sell out to the mafia.

It was during these heady days that Roberts would run into celebrities such as Andy Warhol in the famous Studio 54 and spend time with gorgeous supermodels and aspiring actresses of all kinds.

In his biography; American Desperado, Roberts shares the story of how he and a friend once drugged legendary TV host Ed Sullivan of the Ed Sullivan show with LSD. Understandably, Sullivan would have a bad reaction to the drug and began acting in a manic manner.

Word would reach his uncle Joe who happened to be a fan of the Ed Sullivan Show – and Roberts was severely reprimanded by his uncle for acting in such a manner.

One night, Roberts would run into a drugged-out Jimi Hendrix in the legendary New York nightclub Salvation where he would invite the intoxicated rockstar back to his home to hang out. Following this, a strange friendship of sorts would blossom between the mobster and legendary guitarist.

In an ironic twist, Hendrix would be kidnapped several months later by a few thugs looking to score a big payoff as he was exiting Salvation in the early hours of the morning.

Looking to avoid the attention of law enforcement, the Gambino crime family tasked Roberts with tracking down and rescuing Hendrix from his captors. Roberts succeeded in his assignment and severely beat Hendrix’s would-be captors.

Unfortunately for Roberts, his “good deed” would not go unpunished and the kidnapping was reported to the FBI who began looking into the Gambino family’s business interests and the New York club scene.

Consequently, Roberts was forced to flee New York for the sandy beaches of Miami – a move that would eventually put him into contact with some of the world’s most notorious drug lords.

There can be no doubt that Jon Roberts lived a wild and violent life while playing a large role in the smuggling of narcotics into the United States. It his highly likely that without his support, the Medellin cartel would not have been able to gain such a foothold in the United States. A terrifying man indeed, but an interesting figure nonetheless.