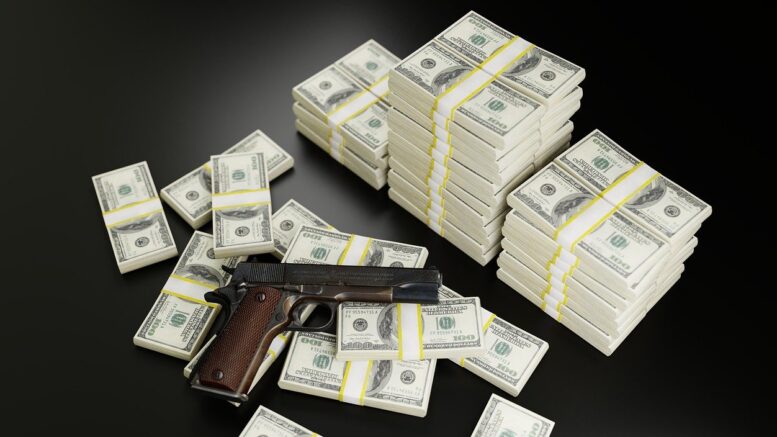 Have you ever heard of Las Vegas? It is only a joke because everybody knows Las Vegas and its reputation of being the capital city of casino gambling. What you may not know is that the casino mafia is mainly responsible for the improbable rise of the gambling paradise in the middle of the desert in Nevada.

The Las Vegas gambling market is worth more than $1 billion annually, although the coronavirus pandemic slowed it down and reduced revenue to just under $757 million in 2020. Notorious gangsters and mafia bosses had a lot to do with the rise of the casino industry, so they surely deserve a post of their own on our website.

In this article, we are going to tell you the story of the three most dangerous casino mafia bosses in history. Buckle up!

Perhaps it may seem counterintuitive, but the first name on our list is not a typical representative of the mafia world. Meyer ‘The Accountant’ Lansky was a Polish Jew who arrived in the States in 1911 in pursuit of a better life.

What makes Meyer so special is the fact that he was the brain behind casino operations. His business partner was an inglorious mobster Benjamin ‘Bugsy’ Siegel, but Bugsy was mainly doing the dirty work for the mafia duo.

Meyer was clever enough to know how to attract gamblers to the casino and – in that regard – he might as well be considered the predecessor of modern gambling. If Meyer was a 21st-century mobster, he would offer students £20 free no deposit bonuses just to play and win in his casino. The truth is that Meyer is not the master of online gambling, but he definitely was the boss of traditional gambling in Las Vegas.

According to unofficial estimations, The Accountant accumulated some $300 million in his personal accounts in Swiss banks along with many other investments, business projects, and real estate.

Many historians and journalists claim that Tony ‘The Hat’ Cornero is the so-called godfather of Las Vegas, which speaks a lot about his influence on the gambling community. The main reason for adding Tony to our list is that he founded The Meadows, also known as the first large hotel and casino complex in Las Vegas.

The Hat was also popular for surpassing anti-gambling regulations with a simple but very effective trick – he was buying cruise ships where people could gamble freely off-shore.

Tony did not directly participate in any of the local mafia groups because he used a different game plan. Namely, Cornero cooperated with multiple mobster groups in Las Vegas simultaneously.

Unfortunately for Tony, that did not help him to avoid murder in 1955 at the Desert Inn Casino. According to rumors, Tony was poisoned while playing craps. The officials called it a heart attack, but the fact remains that there was no autopsy or crime scene evidence to be found nearby.

Every mobster who inspires Martin Scorsese to make a film about him deserves a place on our list! In this case, we are talking about Frank ‘Lefty’ Rosenthal. Scorsese based his 1995 movie “Casino” on Rosenthal, a man known for his charisma and incredible betting abilities. That’s how Frank started his mafia journey – as the runner of illegal sportsbooks.

Soon after, he started administering many Las Vegas casinos such as The Fremont and The Hacienda. Lefty’s contribution to the casino legacy is immense as he was the first manager in history to hire female dealers, a trick that doubled revenue in The Stardust within 12 months.

However, state officials didn’t really like Rosenthal’s cooperation with the Chicago mafia, so they banned him from any gambling-related activities in 1988. That was the official end of his casino and bookmaking career.

Although being vicious and notorious, mafia groups have to be acknowledged for building the economy of Las Vegas through casino gambling. They turned this little town in the middle of the Mojave Desert into the gambling capital of the world and made it the brightest star in the casino sky.

Three mafia bosses contributed the most to the rise of the Las Vegas casino industry: Tony Cornero, Meyer Lanskey, and Frank Rosenthal. We could mention a lot of other mafia guys like Benjamin Siegel, but let’s leave it up to you – feel free to share your thoughts about the greatest mafia bosses and groups in the casino industry! Leslie Alexander
Leslie Alexander is a content lead and a full-time member of the Gamblizard team.  She is an expert in blogging. Apart from content creation, Leslie enjoys traveling and long-distance running.